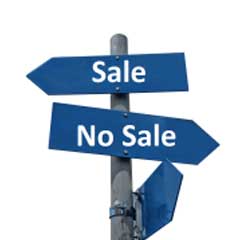 There are a few things that you can never accuse me of being – and not being persistent (albeit annoyingly so at times) is one such thing!

I was taught from the early days of my career that the only thing failure would not tolerate was persistence, so I guess I’ve always had a gritty determination to make it to the finishing line, sometimes despite, and even in spite of the set-backs and heavy doors that have been slammed in my face over the years!

As many of you know, David and I are part of Nigel Botterill’s Entrepreneurs Circle (EC). We’ve been in his Mastermind Group for the last 5 years and we’ve learned so much from Nige and our fellow business owners in the 8 years we’ve been EC members.

Nige is a straight-talking, no-nonsense Yorkshireman, who shoots from the hip and is not afraid to ruffle feathers, particularly if it means that it spurs you to take ACTION! He’s ruffled mine on several occasions over the years, always with positive intention of course but nevertheless, it’s got me moving or continuing to move in the direction I’ve needed to, in order to make it the critical end point.

I’ve lost count the number of conversations we’ve had during our Hot Seat sessions, when I’ve been sorely tempted to give up on an opportunity – only to be shouted down by the Yorkshireman, told off for giving in like a wimp and acting like a big-girl’s-blouse! In my defence, I guess I’ve just got exhausted from the never-ending reasons (excuses) that have come my way over the years, from these so-called ‘hot prospects’ as to why they’re unable to move forward with working with us at this moment in time. Many of them have actually been personally recommended or referred to us by loyal advocates of FIT and still we can’t get a decision or any form of commitment from them – it often feels like we’re pushing water uphill with a fork to get them to say yes (or no!) when all we’re asking for is an answer to the question…“Are you committed to investing in your people as the vital ingredient in your recipe of success and are you serious about showing up and standing out from others in your field?”

It’s not a complicated question – Yes or No – that’s all we’re asking for!

….and apologies if you’re one such prospect reading this post and you absolutely know I’m talking about YOU! It’s nothing personal I assure you – and I just hope it’s the same for you, because I’d hate to think that you’re causing my angst and frustration on purpose!

Nige has a mantra that he encourages all his members to adopt each and every working day. He constantly reminds us that it’s not our prospect’s or customer’s job to remember to do business with us – it’s OUR job to remember to do business with THEM… and that applies to all those recommendations and referrals too. No matter how many times we get the ‘no answer; too busy; on vacation; awaiting board approval; having a management meeting next week, month, year; sudden budget cuts; redundancies; gone AWOL’ or any of the other hundred reasons (excuses) we’re given as to why we can’t progress our discussions, we absolutely MUST keep going!

“Until they buy or die” says our kick-ass Mentor, and reading this fascinating article he sent me a few weeks back, I can kinda’ understand why this is a mantra worth adopting. In one of Nigel’s weekly emails last month, he referred to an old article from 1885 in which London businessman, Albert Smith, offered the following advice to advertisers, to prove the point that persistence is key – it really is the only thing failure cannot tolerate. This sound business advice is still applicable today and can easily be related to the buying and selling process of ANYTHING – a physical product; a service; an idea or even a meeting! So, I thought it was worth sharing it with you this week:

Interestingly, almost 3 years on from their initial enquiry, we booked a meeting this week with a lovely prospect who feels the time is finally right for us to get our heads together to explore how best FIT can help and support them with their people development plans for the new financial year. We’ve been communicating with this prospect at least once a week for the last 3 years – offering content-rich value-add social media posts, website articles, blogs and good-news stories, being omnipresent in a way where we’ve tried really hard to be there, but not to be too ‘in their face’.

Seems it’s worked and Nigel Botterill was right: you’ll never fail until you stop trying and keeping in touch with your potential customers is definitely YOUR job, NOT your prospect’s – so keep going peeps!

PS… if this week’s post has resonated with you and you’re one of our ‘hot prospects’ who we’ve been trying to nurture &/or cajole &/or win over for a while, then why not get in touch and let us know once and for all the answer to that question we’ve asked here today?

PPS…I promise you, we’re big enough and ugly enough to take it on the chin if it’s a “go away and never darken my doorstop again” response from you!

PPPS… and if the answer is “OK, let’s have a coffee & slice of cake together, no obligation of course”, then we’ll be humble enough to say “YES please and thank you – we’d love to!”

PPPPS…Whatever the outcome, remember: you’ll always miss 100% of the shots you don’t take, so take a shot – just as I’ve done this week!