Silence is golden – until the winners are announced 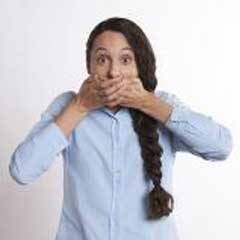 Ant & Dec shared the fact that anxiety and depression in children has almost doubled over the last 10 years. 1 in 10 children and 1 in 4 adults experience mental illness; men are 3 times as likely to die by suicide than women in UK; the rate is 4 times higher among men than women in the Republic of Ireland; the highest suicide rate is among men aged between 45-49 in the UK and deaths by suicide rose by 11.8% in 2018.

A YouGov survey, commissioned by ITV, found that almost 50% of parents of teens are worried about their children’s mental health. Yet 2 in 5 of those parents say they don’t have a meaningful chat with their children every day, while 1 in 3 don’t get daily one-on-one time with them.

And yet simply encouraging space for more meaningful time and talking and listening to each other can help build mental health and well-being – and for this reason, silence really can be golden! Saturday’s BGT show was then paused and we, the viewers, were urged to spend the broadcaster’s one minute of silence talking to each other, while the judges held up placards that said “use our silence to talk to each other”

Then followed a commercial break, opening with a film featuring well-known celebrities from ITV’s best-known shows, including This Morning’s Holly Willoughby and Phillip Schofield; Dermot O’Leary; Gordon Ramsay and Brenda Blethyn, who do not make any sound or movement while appearing in their usual TV settings. The Golden Silence continued during the evening, with more silent ads from Dunelm; Oral-B; Gillette; Seat and Network Rail.

During the month of October, ‘Britain Get Talking’ ads will hijack ITV, featuring familiar faces who will use their silence to prompt viewers to talk to each other at home. The campaign will also include promos; radio; break bumpers; online content and print, as well as TV spots and social media all geared around World Mental Health Day, which is today – Thursday 10th October.

The wonderful mental-health charities Mind and YoungMinds are supporting the ‘Britain Get Talking’ campaign and ITV has set a goal of getting 10 million people to take action to improve their mental &/or physical health by 2023.

Dame Carolyn McCall, CEO of ITV, said: “ITV brings people together for unmissable shared viewing moments. By disrupting one of our biggest shows on TV (Britain’s Got Talent) we wanted to reach a wide family audience and create the space to start a national conversation about mental wellness.”

At the heart of ITV’s social purpose strategy is this new 5-year commitment to help make mental wellness a priority in all our lives and NHS England is following suit with a campaign to “transform mental health services by 2020, with an ambition of putting mental health on an equal footing to physical health”.

As we all know, it’s good to talk AND silence truly can be golden if we use this talk-time wisely.

On a slightly separate, although related note, we’re going to be savouring the silence that precedes the announcement of the winners at this year’s UK Customer Experience Awards tonight. We’ll be waiting with bated breath, not uttering a word, waiting for our name to be called out as the winners of Best Customer Service Training Programme of the Year Gold Award with our lovely client, Equiniti.

There’ll be plenty of talking going on after the announcement I can assure you – and if/when we win, I feel sure that our emotional health and wellbeing will be pure GOLD, though unlikely it’ll be SILENT…

…Carriages aren’t until 2am after all

Until next time – Keep FIT!