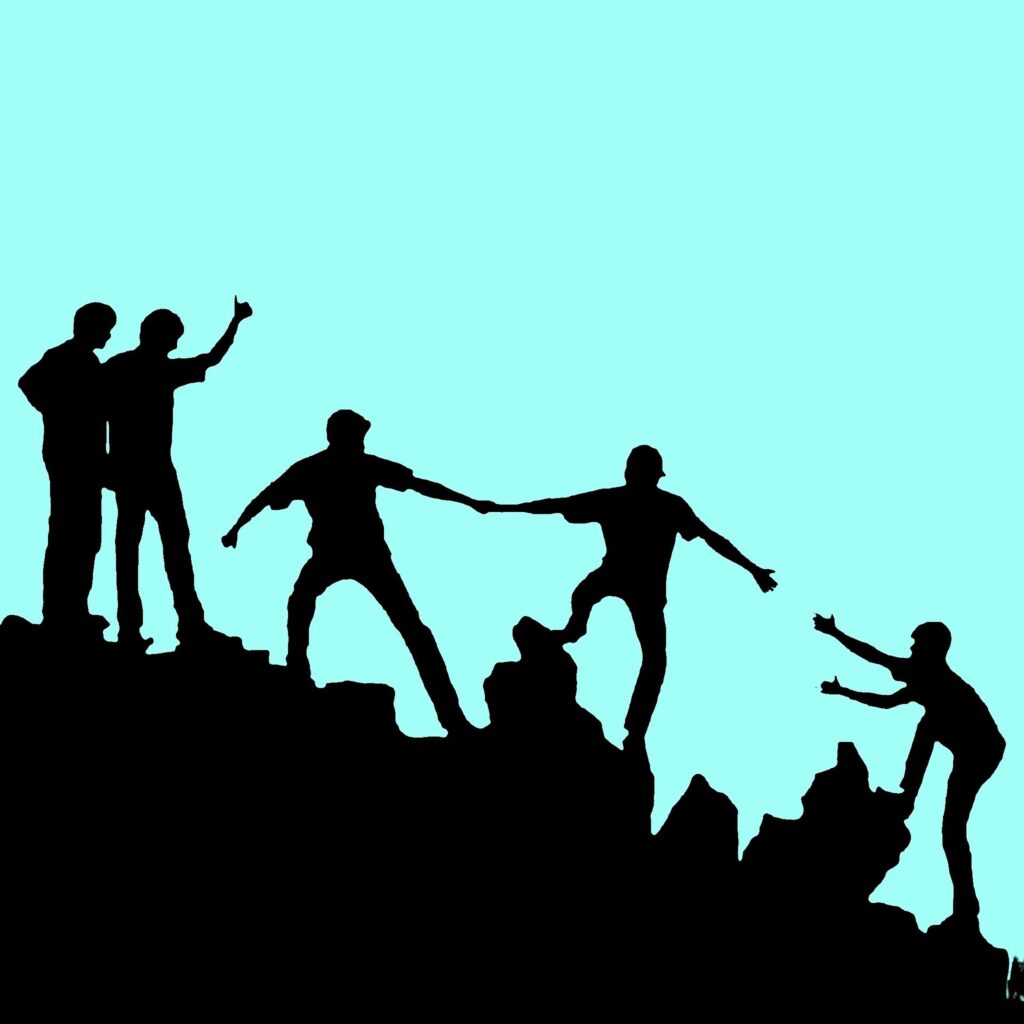 We’ve had a ball this last week with our lovely VIP client – and we’re all set to have another one this week, when we continue with the re-launch of a culture change programme we began with them at the start of this year and alas, a global pandemic put paid to our progress for the next 6 months!

However, we’ve pivoted like crazy during this time, researching & developing and creating & crafting brand new ways to fully engage our audiences, with as much interactive and educational fun as possible – and ta-da! we’ve cracked it (so our client tells us)

NOT, I hasten to add, with clever tech and so-called helpful tips & tricks and hints & hacks to ensure these online training programmes we’ve built can run well. No, we’ve cracked it thanks to the way in which we’ve injected a sense of fun and energy and teamwork and dedicated focus to the learning & development journey – EXACTLY as we would do if we were actually in the classroom with our audience.

Every ice breaker, every pairs exercise or group activity comes with a prize tagged on the back of it – it’s unbelievable what (sales) teams will do when there’s a £1.50 Set For Life Lucky Dip up for grabs and all the ‘serious’ exercises and activities have been crafted with that same sense of fun too

So this week, I thought I’d share one of our funny ice-breaker activities with you, which we’ve been using at the start of the day to give everyone a chance to settle in and focus (coz the exercise requires this, despite it being funny ) and an opportunity to find out some pretty interesting, even fascinating things in some cases, about their team mates that they would definitely not have known if we hadn’t been running the programme online.

It’s been so funny hearing the answers from different individuals each week – same 60 second challenge and a million miles apart with the answers, each and every time. Still, as they say in Yorkshire, “there’s nowt as queer as folk”

• You have 60 seconds to answer 10 questions – you’re up against the clock!

• The questions are a mixture of fact & fantasy, true or false, right or wrong

• If you can’t think of an answer, just say PASS – you need to answer quickly!

• Person with the most points / least PASSES is the WINNER!

1. If you were stranded on a desert island, which historical figure would you want to be stranded with?

3. True or false – a group of owls is called a Parliament (True)

4. What’s your most favourite film?

6. What’s the biggest challenge you’ve ever faced – in work or life?

7. Who was the first ever Disney princess? (Snow White NOT Cinderella as many think!)

8. What’s the best holiday you’ve ever had?

9. What were your top TWO favourite subjects in school?

2. If you could have a dinner date with someone famous (alive or dead) who would that be?

3. What would you choose FIRST – seaside, city, mountains or forest?

4. What are the key ingredients in a Margarita? (tequila, lime juice, cointreau)

5. What’s your proudest moment EVER?

6. If you were a chocolate bar or sweet, what would you be?

7. What type of bird is the only type that can fly backwards? (hummingbird)

8. Who’s your favourite actor or actress?

10. Tell us ONE thing that might surprise us about you &/or we’re likely NOT to know about you?

1. What’s the ONE thing you couldn’t live without?

2. When or where are you at your happiest?

4. What was the last gig or concert you attended?

5. What’s your favourite word or phrase?

6. What’s the most common pizza topping in the world? (pepperoni)

7. If you could learn to do anything, what would it be?

8. Who is the Queen’s great-great grandmother? (Queen Victoria)

1. What’s the best thing about your job?

2. If you were a famous Hollywood actor / actress who would you be?

3. If you won the lottery tomorrow, what’s the first thing you’d do?

4. True or false – a group of parrots is called a Pandemonium? (True)

5. Best meal of the day – breakfast, lunch or supper?

6. Who has won Wimbledon the most times – Roger Federer, Pete Sampras or Bjorn Borg? (8 for Federer, 7 for Sampras, 5 for Borg)

7. Name your schools from infants to seniors?

8. If you could choose a famous person to be part of your family, who would you choose?

9. Name at least 3 of Santa’s reindeers? Extra points for more than 3!(Dancer/Dasher/Prancer/Vixen/Comet/Cupid/Donner/Blitzen/Rudolph/Olive)

10. If you could choose another language to be fluent in, which language would you choose?

2. What 3 things could the world do without?

5. If you were a country, which country would you be & why?

6. What would be the title of your autobiography?

9. What would you most like to be remembered for when you’ve left this mortal world?

3. If you were a Disney character, who would you be?

4. What song would you choose to be the soundtrack of your life?

8. Is Australia wider than the moon? (Yes)

9. What one thing irritates you about other people?

2. What’s your greatest fear or phobia?

3. True or false – if you add up all the numbers on a casino roulette wheel, they total 666 – the so-called Devil’s Number? (True)

4. If you could do any other job for just one day, what would you do?

5. Describe yourself in 3 words?

6. What’s been the greatest innovation or invention in your lifetime?

7. True or false – a group of camels is called a caravan? (True)

9. Weirdest job you’ve ever had?

10. What is the smallest country in the world? (Vatican City NOT Monaco as many think)

2. If you could be born again, what nationality & gender would you choose?

3. Would you rather have endless money or endless love?

5. What was your favourite toy as a child?

6. What’s your most frequently used emoji?

7. If you could only email OR text people for the rest of your life – what would you choose, email or text?

1. True or false – a group of cheetahs is called a Government? (False = Coalition)

3. What was the last film you saw at the cinema?

4. If you were a kitchen appliance, what would you be and why?

6. What additional function do you wish you had on your mobile phone?

7. If you were forced to live in another country for the rest of your life, where would you live?

9. If you could choose a famous actor / actress to be the mother / father of your child – who would you choose?

10. Would you rather be rich or famous?

1. Favourite member of the Royal Family?

2. Are you an early bird or a night owl?

3. True or false – a group of vultures is called a Venue (True)

4. If you were a flower, which flower would you be & why?

6. Have you ever been involved in a car accident that was YOUR fault?

7. What’s the one thing you can’t resist?

9. If you had a time machine, would you GO BACK in time or visit the FUTURE?

10. True or False – Marrakesh is the capital of Morocco (False – it’s Rabat)