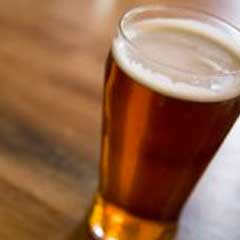 So I was reading about this new online craze a while back that had me seriously scratching my head.

It’s called ‘Punch 4 Punch’, and it basically involves two people being videoed taking it in turns to punch each other in the same spot over and over again. The first person to give up has to drink some alcohol as a forfeit.

Utterly absurd. And not just absurd, dangerous too. News came out recently that a man named Tommy Main had died, reportedly as a direct result of Punch 4 Punch.

If this was a one-off craze then it might be a little bit more understandable. But it turns out that ‘Punch 4 Punch’ is just one of countless other ridiculous and dangerous online games.

There’s Neknominations – where people film themselves drinking some mixture of alcohol and then nominate someone else to do the same.

There’s Planking – where people lie down in ‘plank’ position, generally in dangerous places.

All of these online crazes have claimed lives – and what’s most disturbing about them is that despite their obvious danger, countless people continue to try them.

It’s the same old story – everyone’s doing it, so I should too.

And it can be a bit like that in business can’t it?

So often, businesses look to replicate exactly what their competitors are doing – even if the results aren’t that impressive or are downright dangerous, like commercial suicide!

Not many. Doing the same as everyone else in business might give you a decent income and even a decent ranking in the marketplace, but it’s not going to help you to be super successful and get that critical one step ahead of your competition.

Have a great week – and keep FIT!

FIT Tip of the week