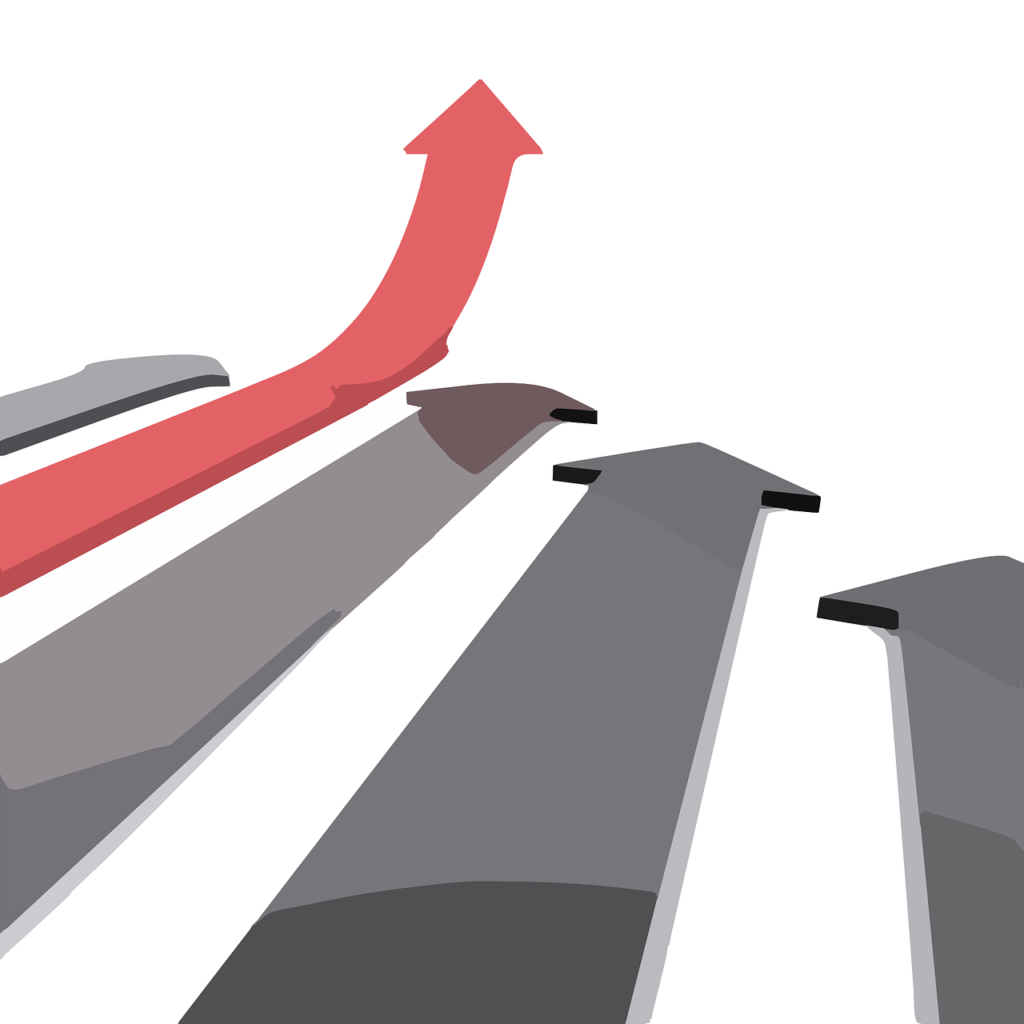 In last week’s FIT Matters, we took a look at some of the industries that appear to have blossomed and boomed as a direct result of this unprecedented pandemic the world has experienced over the last 6 months – and there’s even been shiny new sectors that have emerged out of nowhere, such as the PPE & face-covering market, who also appear to be profiting from this human plight at this time.

This week, we take a look at some more industry sectors who appear to be enjoying some rather lucrative benefits from the COVID crisis, according to that fascinating article published by LoveMoney.com and once again, we urge you to see what lessons WE can learn and swipe and deploy into OUR organisations, to ensure WE survive and thrive, as we begin to emerge from this crazy period in time – stronger, fitter, wiser and let’s hope, more successful than ever before….

Netflix has come a long way since its beginnings as a movie postal service back in 1998. Over 20 years later, it is one of the world’s largest entertainment services and certainly the best-known film streaming service on the planet, with 182.8 million subscribers (12.4 of them here in the UK and 70 million in the US alone!) Amazon’s Prime Video ranks second with just over 7 million subscribers in the UK.

Disney+ is the latest streaming service to capture the public’s hearts – and it seems the timing couldn’t have been better. Launched in the US, Canada, the Netherlands, Australia and New Zealand in November 2019, the platform reached the rest of Europe at the end of March and now has more than 50 million subscribers – a target that rival Netflix took 7 years to reach.

While the success of Netflix has always been hard to predict, with stock prices fluctuating before the coronavirus outbreak, it seemed that the number of subscribers had temporarily accelerated, with many of us having far more opportunity to indulge ourselves on the sofa of an evening!

While Netflix investors don’t anticipate a ‘permanent’ surge in subscriptions, it does appear that both Netflix and Disney+ will continue to offer a unique service after the pandemic is over, having a larger audience that has become accustomed to unlimited access to international films, addictive original series and childhood classics, that are likely to keep those subscriptions consistent and maybe, even increase post-Coronavirus.

Grocery delivery slots quickly became like gold dust when vulnerable people were advised to stay at home. And then, when we all went into lockdown – the industry exploded! It also bolstered business for the major supermarkets, as well as the UK’s online-only supermarket delivery service Ocado. After reporting a £45 million deficit last year, Ocado experienced such high demand in March, that it had to turn away orders when its website became overrun with customers!

Even now lockdowns are easing, it’s expected that the industry will grow. Online shopping is set to make up 6.4% of the global grocery sales by the end of 2021, which is higher than the pre-coronavirus prediction of 4.6% of sales, according to Rabobank International’s forecasts.

Many restaurants and cafés scrambled to facilitate takeaway orders so that they could continue operating after closing their doors, and some delivery businesses such as Uber Eats waived delivery fees for independent eateries to help keep them afloat during the pandemic. Anything from pizzas to pints were ferried from commercial kitchens to families unable to leave their homes.

While bars and restaurants have started to re-open (and been given a leg-up with the PM’s eat-out-to-help-out scheme until the end of the month), they are having to operate at limited capacity, in order to maintain social distancing, meaning that take-away and home delivery is likely to remain an attractive option to many for a while yet.

I guess none of us will be surprised to learn that global home delivery giant Amazon has benefited enormously from the pandemic. As most people were stuck at home, online orders were the only way to shop for non-essential items and shares of the global marketplace have gone through the roof.

Online shoppers spend around £9,000 a second on the site according to The Guardian and the money spent now will likely help the international delivery giant expand even further. This increase in sales has already added to the eye-watering wealth of CEO Jeff Bezos, who is already the world’s richest man. Bezos has seen his wealth increase by more than £29bn since the start of the pandemic earlier this year!

Who would have thought it!? While lawyers and solicitors can work from home like everybody else, lockdown is likely to be brewing a spike in cases for them to deal with once restrictions are lifted and the world enter a new phase of ‘normal’. Apparently, divorce rates in China have doubled as lockdown has lifted, as a result of couples being cooped up together for a number of months.

As a result, those working in family law have been inundated with cases and it’s likely that the Western world will see a similar pattern once lockdown life is behind us. Divorce rates normally see an increase after the summer and Christmas holiday periods, however it seems that this pandemic is likely to out-span both of those periods and therefore, the number of couples separating as a result will likely also be greater.

There will also be the small matter of the paperwork and legal precautions that need to be put in place for the huge number of new drugs that are in development as a result of the Coronavirus – and it goes without saying that the pharmaceutical industry will be having billions of pounds pumped into it, as companies race to find a vaccine against COVID-19.

The travel industry has been massively hit as a result of the pandemic, with most of the world being forbidden from non-essential travel for the first few months, causing oil prices to have plummeted. However, the traditional car-making industry was already in trouble before COVID-19 hit, thanks to growing awareness of the environmental impact of diesel and petrol-run cars and the pandemic has boosted the green argument – satellite imagery from the European Space Agency shows a dramatic decrease in the amount of air pollution across the world compared to this time last year.

And so, while the positive results of this unintentional global experiment may stop people buying cars post-COVID, automobiles built around green technologies may have better luck. Tesla has seen its stocks go up by 64% this year and its first quarter of 2020 performed better than any other first quarter to date, while car maker Audi has created a new department called Artemis, that is focused solely on getting its electric vehicles to market quicker than planned.

It’s clear that more and more people are putting ‘better for the environment’ on their car-hunting checklist and this trend is only likely to continue as lockdown has shown us how quickly air pollution can be cleaned up when fewer people are on the roads. In fact, the French government has only agreed to bailout Air France-KLM if the airline agrees to some green conditions, including slashing its carbon dioxide emissions by half. At the end of June France committed £13.5bn to make its economy greener.

This unprecedented situation the world has found itself in has taught us all many things – not least, the striking reminder that life is short! “What’s the first thing you’ll do once everything’s back to normal?” is one of the questions likely being asked around dinner tables all over the world and many will likely be keen to start ticking items of the bucket list once restrictions are fully lifted and a new ‘normal’ life emerges.

Just as Coronavirus was starting to gain traction in late February, there was a surge in ticket sales for Virgin Galactic’s inaugural space flights, due to take off later this year and it seems that space isn’t the only destination that people are eyeing up – there’s been an increase in travel searches for longer holidays from September onwards, according to travel marketing company Sojern, with families looking at booking more long-haul getaways.

As well as once-in-a-lifetime experiences, it seems that staycations are growing in popularity, with seaside AirBnB properties being highly sought after this summer (thanks also to the glorious weather we’ve been having of late) and smaller, local attractions, like taking trips to the zoo and theme parks growing in popularity too.

During lockdown, UK garden centres saw a boost in online sales, as gardeners had more time on their hands to spend tending to their plants and crops. This continued when shops finally reopened – garden centres and DIY stores led the 12% rebound in retail sales in May, after an unprecedented fall of 18.1% in sales in non-food stores in April.

As lockdown has reignited gardeners’ passion for time outdoors and given non-gardeners the bug, it seems this is one industry set to thrive post-pandemic – weather permitting, naturally!

And it seems the world has also gone a little crazy during this time of crisis, developing shopping habits that seem as bizarre as the pandemic itself…..

Beyond the headlines of toilet paper and hand sanitiser shortages, it turns out people across the world have been stocking up on some pretty strange and unexpected items during lockdown. From beer to beard trimmers and flour (home-baking is the new craze) to mozzarella and olives to ice-cream, it seems the world has gone a little mad in more ways than one!

Perhaps less surprising is the claim by chocolate retailer Thorntons, who reported that demand was 4 x higher during Easter this year, given it was in April and in Spain, chocolate sales were up by nearly 80% compared to the same period last year. Well we all know about the power of ‘comfort food’ in times of crisis don’t we!?

Also not surprising has been the surge in beer and wine sales (although I was rather shocked to discover that, despite the fact 38% of beer drinkers reported they wouldn’t buy Corona beer “under any circumstances” sales are actually up by 50% for the Corona family of beers)

Thanks to our own weird shopping habits during this global pandemic, it seems the following products have really seen profits soar over the last 6 months – and who knows, maybe ‘top-half clothing’ will become the next new fashion craze, if we don’t ever find a way back from this virtual work-world we’re all currently living in!

So, who are the weirdest Coronavirus winners of all?

– Top-half clothing (rose by 167% compared to this time last year, while bottoms rose by just 39%)

Well, as they say in Yorkshire…. “there’s nowt so queer as folk!”

Until next time – stay safe and keep FIT!