Are you as resilient as Rob’s Trunki? 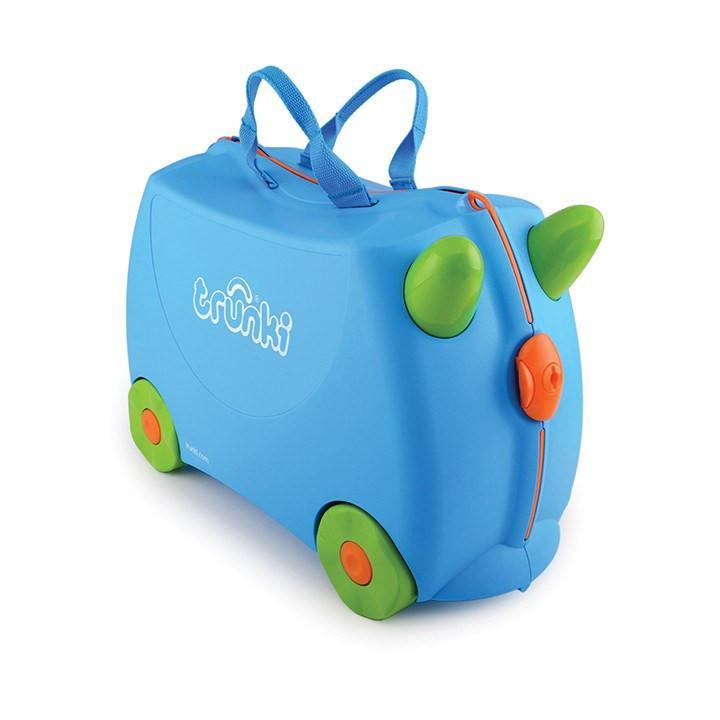 I’m entering my 2nd week in quarantine, having spent 10 glorious days at my sister’s place in Spain, lapping up the sun’s rays; enjoying some scrummy tapas; drinking sangria and wandering along the beautiful beaches of Caceres, Sotogrande and Marbella… A-M-A-Z–I-N-G!

I had a shed-load of R&R while I was there and David and I enjoyed some proper quality time together, which has done us both the world of good – so it definitely felt worth the 14 days of being locked up, locked in and locked down that lay ahead upon our return.

Having said that, I’ve been back in bleak old Blighty for a week now and it seems that reality has kicked in BIG-TIME and I’m going to need to muster some resilience from somewhere if I’m going to come through this second week of quarantine with my head still screwed safely on

Lucky for me then, that I attended the 3-day National Entrepreneurs Convention last week, which was originally planned for March this year, was rescheduled for September and then postponed altogether until 2021, due of course, to this craaazy pandemic we’ve all had to endure this year.

Still, ever the entrepreneurial genius that he is, Entrepreneurs Circle leader, mover & shaker, Mr Nigel Botterill orchestrated a virtual replacement of the Convention that quite frankly, would’ve given the world’s largest event organisers on the planet a run for their money.

Forget the Mardi Gras in New Orleans or Rio Carnival or even the Masters in Augusta; Edinburgh Fringe Festival or Wimbledon. EC Founder Nigel managed to put on an event, as virtual as it was, that got over 1500 entrepreneurs stirred into a frenzy with insights, ideas, hints, tips & hacks about the latest advances in the dizzy world of marketing & selling – all designed to help us SMEs survive, thrive and scale our businesses as we begin to emerge from this huge challenge we’ve had to face this year.

Apart from the all the education we knew we’d get, we were also looking forward to the line-up of guest speakers over the 3 days and while we were all initially disappointed that we wouldn’t get to have our photos taken with David Walliams (who was supposed to be presenting the 2020 National Entrepreneur Awards) or Peter Jones or Piers Morgan, who were also included in the line-up of A-listers at the ICC in Birmingham, the so-called B list of speakers we enjoyed over the 3 days did NOT disappoint.

I’ve been part of Nigel’s tribe for over 9 years and part of his Mastermind Group for 5 of those years. We’ve had some amazing speakers during this time at our National Events at the NEC and being a VIP passholder, I’ve also had lots of great photo opportunities to get snapped with some of the best, following their on-stage presentations.

I’m not showing off – I just wanted to put last week’s line-up at the (Virtual) National Convention into context.

On day 1 we had a keynote from the (slightly mad) Creative Director of Ogilvy’s, Rory Sutherland who blew our minds about the need to appeal to the emotional, rather than logical brain, when it comes to influencing human behaviour &/or someone’s buying decision.

Rory was followed later that day by the inspirational Rob Law, founder of the multi-million pound global brand, Trunki – which was a business opportunity turned down by all 5 Dragons in 2006.

It’s Rory’s story I really want to focus on in this week’s FIT Matters because we’re being told, especially with World Mental Health day having just passed, that RESILIENCE is critical in today’s challenging world, with everything that’s happening and the way in which the world around us is changing as a result.

And Rob Law has RESILIENCE in spades.

He and his twin sister were both born with Cystic Fibrosis (CF) and their early years were incredibly tough as a result, further impeded during the school years when Rob was diagnosed with Dyslexia. Daily physiotherapy for 30 mins before and after school was something Rob and his twin had to endure for many years, together with a cocktail of pills and potions to curb the debilitating symptoms this lifelong condition causes.

Tragically, Rob’s twin sister Kate underwent a full heart & lung transplant, which she did not recover from and she died at just 17 years of age – a massive blow which hit Rob and his parents to the core.

Determined never to see his mother in such emotional trauma ever again, having lost her only daughter, Rob made it his mission to manage his CF with fortitude and might and developed a robust physical and mental daily regime, that saw him regularly running half-marathons and 10k races in support of the CF charity – even taking up triathlons 10 years ago to maintain his physical (and emotional) strength and stamina!

Accepting that he would never be able to fulfil his childhood dream of being an astronaut, given the impact CF has on the lungs, Rob used his very creative brain to start designing and making things, completing a product design course in 1997, where he was tasked with creating a piece of luggage for his final assessment.

Rob found a lack of inspiration in his local department store when he tried to market his product, but his eureka moment came when he spotted ride-on toys in the children’s section and set about combining the two to create an exciting and innovative new product – the world’s first and only ride-on suitcase for globetrotting tots!

An inspiring example of perseverance, Rob was initially told that his idea would never amount to anything. His designs were rebuffed by toy companies insisting the product was luggage and luggage companies maintaining his product was a toy. Finding himself unemployed in 2003, Rob worried about where his next pay cheque would come from, unsure how to get his fledgling business off the ground, but once again his resilience paid off – he won support from The Prince’s Trust and 6 months later, recruited his first employee.

The rest is history.

In 2006, when Rob Law appeared on BBC Dragons Den, he was refused investment by every Dragon when Theo Paphitis broke a strap of the suitcase which led the other Dragons to question the quality of the product.

Widely known to be one of the Den’s most successful ‘rejects’, since appearing on the show, Trunki has won over 100 design awards; has sold over 2.8 million suitcases in over 100 countries across the globe; employs 80 people at Trunki’s UK factory in Plymouth and Rob’s HQ in Bristol; all Rob’s creations are designed in England, distributed worldwide and recycled AND in in 2011 Rob Law was awarded an MBE for Services to Business.

Despite having recently been involved in a number of intellectual property battles with companies creating similar products to Trunki – including an ongoing legal battle with Hong Kong rival PMS International – the Trunki brand looks to continue its growth ascent with latest published revenues of over £8m.

No wonder Dragon Peter Jones fessed up about his regret in not investing in Trunki all those years ago!

This global success story is proof that with the right attitude of steely grit, determination and resilience, anything is possible.

Rob Law is an incredible, shining example of entrepreneurial stardom, which has been achieved as a result of unwavering RESILIENCE in his hard-fought journey to success – in both his private & public life.

AND he’s a thoroughly nice guy to boot.

OK, so we didn’t get any celeb shots with the A-listers this year, although I’ll take Rob Law and his fellow ‘B-listers’ Rory Sutherland; Innocent Smoothies ‘funny girl’ Helena Langdon; John Lewis’s Head of Customer Experience, Andrew McMillan and the business guru that is Marcus Sheridan (founder of the ‘They Ask You Answer’ philosophy) any day of the week, for sure.

I was up for Entrepreneur of the Year at this year’s convention – I didn’t win, so I’m not too bothered about not meeting David Walliams &/or having my photo taken with him.

I feel I’ve got waaaay more inspiration from Trunki Rob and his fellow speakers at Nige’s Convention and I certainly feel like a winner, having had it confirmed that MY resilient (some say ‘obstinate’) nature has certainly paid dividends for ME during this crazy year

Here’s to you & your remarkable resilience Rob Law – #MassiveRespect

Have a great week & until next time – keep FIT!