If you'd like a member of our team to call you to discuss your requirements personally, then please complete the form and we'll get back to you within the next working day. 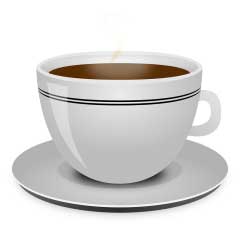 A colleague of mine recently attended a Mastermind meeting - a regular get together he has (just like I have with my Mastermind Group at the Entrepreneurs Circle in Birmingham), except his meetings are held in a local hotel, usually with pretty good facilities like Wifi and onsite parking and on this occasion, one serving of tea or coffee included in the fee he paid for the event, which was £197.

I guess that’s fairly standard in your typical ‘standard hotel’ who cater for business meetings just like this one. But as you and I know – there’s not a single business – let alone hotel, on the planet in today’s competitive marketplace that can afford to be typical or standard or just do what’s expected….coz that’s exactly it…it’s just expected.

But not only did this particular hotel miss a huge clever trick – a tiny little thing that would’ve immediately separated them from others in their field – so they were able to show up and stand out like a PURPLE COW (as Seth Godin would say), they made a HUGE fundamental mistake getting even the expected right, the standard, the typical service one would expect from a half-decent hotel catering for business meetings like the one my colleague was attending that day…..

As I said, he paid £197 for his place that day. The tea and coffee was on a self-serve basis, so naturally a couple of people helped themselves to more than one cup – well it’s thirsty work planning and plotting and preparing for success, right?!. Immediately, an all-seeing receptionist came out of nowhere to tell my colleague and his business pals that they would have to pay for the additional cup they’d just had, on their exit…

Well you can guess the topic of conversation they had when they got back to the room after the break! It was all about the sour-taste they now had in their mouths – and not from the bitter coffee they’d just drunk I can tell you! No, now it wasn’t just about the cheek of charging an extra £2.50 for the extra cuppa….now it was all about a whole load of other service issues the hotel hadn’t got quite right….issues the group would probably have either overlooked or not been bothered about, given the serious nature of their meeting that day with bigger fish to fry….

No now, it was serious stuff they were discussing about how poor the service was at the hotel – how dismissive the receptionist had been on arrival, and how unfriendly the concierge had been when asked for directions to the room they were due to be in that day…about how the toilets were not up to standard….. Now it was about their experience as a customer in its entirety and how they’d not only never use that hotel ever again, but never use another hotel from that chain like EVER again either!

Seriously, over £2.50!!!? Yes seriously, coz a customer’s experience is all about how you’re made to FEEL as a result of your experience – 84% of customer perception about service is EMOTIONAL!!!!

And just look at how my colleague and his pals were made to feel when told they had overstepped their entitlement and would have to pay an additional £2.50 for the privilege!

It’s madness…. But all too true in many equivalent ways in YOUR industry too…! If you’re a business owner, like me or an MD or a Manager of men and women, you’d never have made that mistake, but it’s not surprising from a member of staff is it? You see, most staff don’t think like we do. They don’t see the money coming in and out every day – they don’t stay awake at night thinking of ways to show up and stand out like a purple cow in a sea of sameness, so that they separate themselves from their competition. They’re not constantly plotting and planning what the next little tweak ought to be that will keep customers loyal and /or coming back for more and shouting from the rooftops about us …

They’re just doing their job – and even those who are doing it very very well, may not THINK about their customers and their experience in the same way as YOU do…. They may not realise, as you do, that THEY are the vital ingredient in your organisation’s recipe of success! They may not know that THEY are the difference that makes the difference to your customer’s experience…that their attitude and behaviour towards your customers (and prospects) can make or break a customer’s relationship with you in the future.

So here’s my question for you to ponder over – could YOUR staff potentially lose a customer for the sake of an equivalent £2.50 cup of coffee? THEY are the face, voice and word of your brand…are they representing it in the best possible way? Are they being a Purple Cow so that you’re able to show up and stand out like no one else in your particular field?

It’s the SMALL things that can make a BIG difference – both positively AND negatively remember!

I’m off for my caramel latte….

'...and I'd love to include you in our growing list of readers who are discovering new, practical ways to develop remarkable service in their call, contact and customer service centres.'

If you'd like to receive regular updates on developing world class customer service in your contact centre then simply complete the form below, click the button and you'll receive a regular flow of ideas, hints, tips and techniques straight to your inbox.

Here's just a few of the clients we've helped...